The Ten Symptoms of Depression

What are the official symptoms of depression? Luckily, the diagnosis of depression follows the same international standards almost everywhere: For a diagnosis, the symptoms must continue for at least two weeks and they are sorted into two categories. 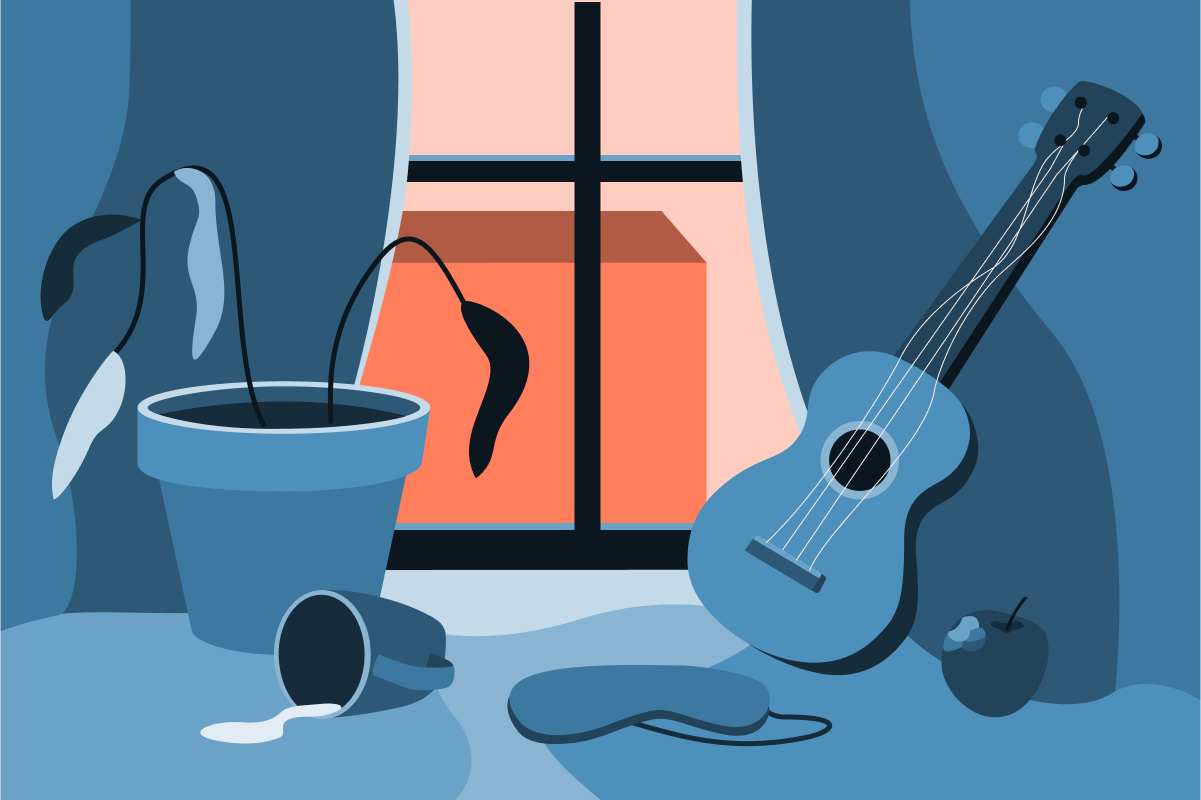 Symptoms are the expression of what a person is experiencing when going through a disorder or illness. Currently, all relevant symptoms of depression are clearly divided into three core symptoms and seven additional ones. For the diagnosis, the combination and number of symptoms is key. However, not all ten symptoms must be present.

Depression can look very different for two different individuals. Which can make it a confusing thing to recognize. The experienced symptoms can vary between men and women, age groups and different personalities. Below you’ll find a detailed description of the symptoms that make up depression.

The 3 Core Symptoms of Depression

In depression, three symptoms form the core piece of the disorder. At least two of these three symptoms must be present for a diagnosis over the course of at least two weeks. The additional symptoms complete the clinical picture.

One of the key symptoms of depression is the loss of drive and energy. Those affected feel constantly exhausted and tired. Often the day already begins with the great struggle of simply trying to get out of bed. Even most trivial daily tasks and engaging in real activities feels draining and overwhelming.

2. Anhedonia: The Loss of Interest and Enjoyment

A loss of interest and enjoyment in the things that usually gave you pleasure is one of the key symptoms of depression. Those affected feel listless and empty. Life seems bland. Often, as a consequence, they neglect friends, withdraw themselves, or completely break off interpersonal contacts. “The little things” in life now remain unnoticed.

Dejection is the core symptom, mostly referred to as a “depressed mood”. Affected people feel sad or empty inside. Some people describe this condition as a numbness or coldness of feeling. Hopelessness has spread and that feeling of being down feels so strong that even comforting words from others don’t seem to help. There seems to be no solution in sight to what one is feeling.

The 7 Additional Symptoms of Depression

On top of the three core symptoms, there are seven additional symptoms of depression. In a mild depressive episode, two of these symptoms are present, in a moderate episode, it’s three to four. In the case of severe depression at least four, but sometimes even all, symptoms are observed.

The loss of concentration and attention is a common additional symptom of depression. People affected are less receptive, their thoughts wander off and begin to ‘run in circles’ without necessarily sticking to a specific topic. It can be a lot harder to remember things. Studying can feel like getting nowhere and recent events can seem faint.

One’s self-image often endures a lot of blows during depression. Those affected don’t believe in themselves and their abilities, they doubt themselves and have the feeling they don’t deserve admiration. It can go so far that people start perceiving everything they do as a mistake. They have negative feelings towards themselves and have a hard time believing the compliments and affection they may receive from friends and family.

6. Feelings of Guilt and Worthlessness

The feeling of unworthiness or even guilt occurs quite often during depression. Unpleasant outcomes, to virtually any event, are often seen as one’s own fault. People with this symptom reproach themselves in a heartbeat. For others these accusations seem usually unfounded – they have no obvious reason. Those affected often regret their actions in retrospect and feel the desire to accuse and punish themselves for them. They might begin to apologize to others for every little thing they say, do, and feel.

7. Pessimistic Thoughts and Views of the Future

Negative thoughts are an additional symptom of depression. One looks at the world as if through grey glasses. Those affected might only see black in their future. It becomes a lot easier to remember the negative rather than positive events. Those affected by depression, lose themselves in these negative thoughts, brood over them and lose the ability to perceive the events around them realistically. Everyday mishaps are fodder for the disproportionately bad world view that has established itself.

Sometimes all of this weighs so heavily that one starts getting tired of life itself. One might look for a way out of this suffering. Thoughts of suicide are a serious additional symptom of depression. Whoever experiences this symptom, thinks more about death or even about explicit ways of how to put an end to one’s life. It is very important to know that this symptom will disappear with the right treatment. Depression is just a phase and can be treated!

However, if this symptom is very acute, it is extremely important to let others know about it! Don’t keep these thoughts to yourself or tell yourself that you have to suffer alone!

Another additional symptom of depression is insomnia. This includes difficulties in falling asleep or sleeping through the night. With depression, it can happen quite often that you wake up too early in the morning. When this type of sleep pattern occurs with depression, frequently the mood will be particularly depressed in the morning and better itself over the course of the day. This phenomenon is called the “morning low”.

For others struggling with depression, although this happens more seldom, the hours of sleep increase immensely. They feel as if they just can’t get enough sleep.

The lessened enjoyment in eating is the final official additional symptom of depression. Very often those affected by depression lose a lot of weight in a short time without intending to, simply because they no longer feel appetite and therefore, just stop eating.

In rare cases, depression can actually lead to an increased appetite. Eating something can feel like one of the little pleasures that remain.

How Do I Know if I Have Depression?

To diagnose depression, one must take a depression test. There are important criteria and questions that need to be clarified. Only a doctor or a psychologist can diagnose a mental disorder, however they usually do it with the help of a test.

If you’re unsure if the symptoms you are experiencing are severe enough to fit the picture, or you’re not sure how to proceed a first step could be testing the free App MindDoc. Over the course of two weeks MindDoc will ask you all depression relevant questions and provide you with helpful information about depression. At the end of those two weeks, MindDoc will generate a doctor’s letter for you with a potential diagnosis. If you don’t know where to start, this could be your first step! 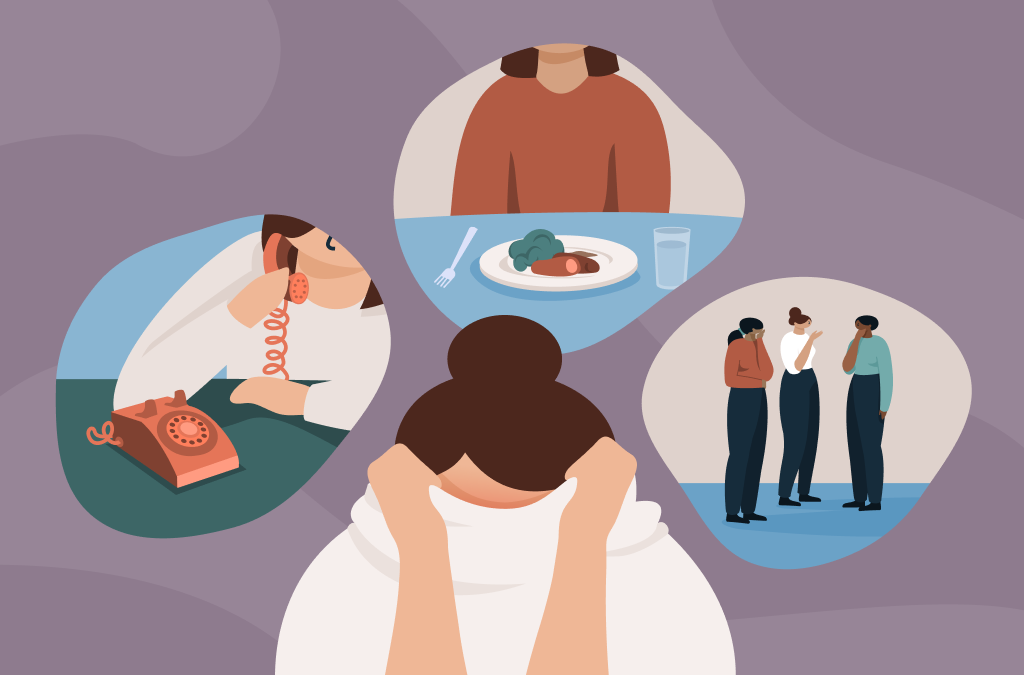 Social Anxiety Disorder: When Fear of Being Judged Rules Your Life

Speaking up in a group of people? Talking to a stranger? These and similar social situations tend to be challenging for many people: For some, such situations merely trigger a queasy feeling, while for others they cause full-on panic. 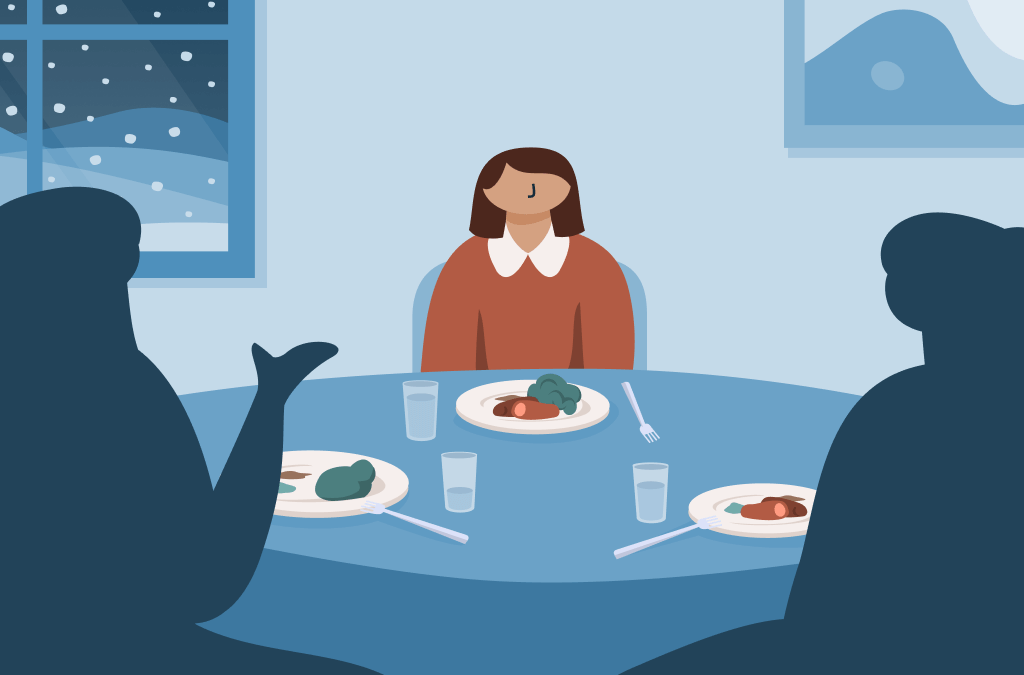 Are the holidays difficult for you?

The holidays are just around the corner. Lots of lights, decorations, time with family. While some cherish and celebrate this time of year, others find themselves struggling and wishing they could just avoid the holidays altogether. 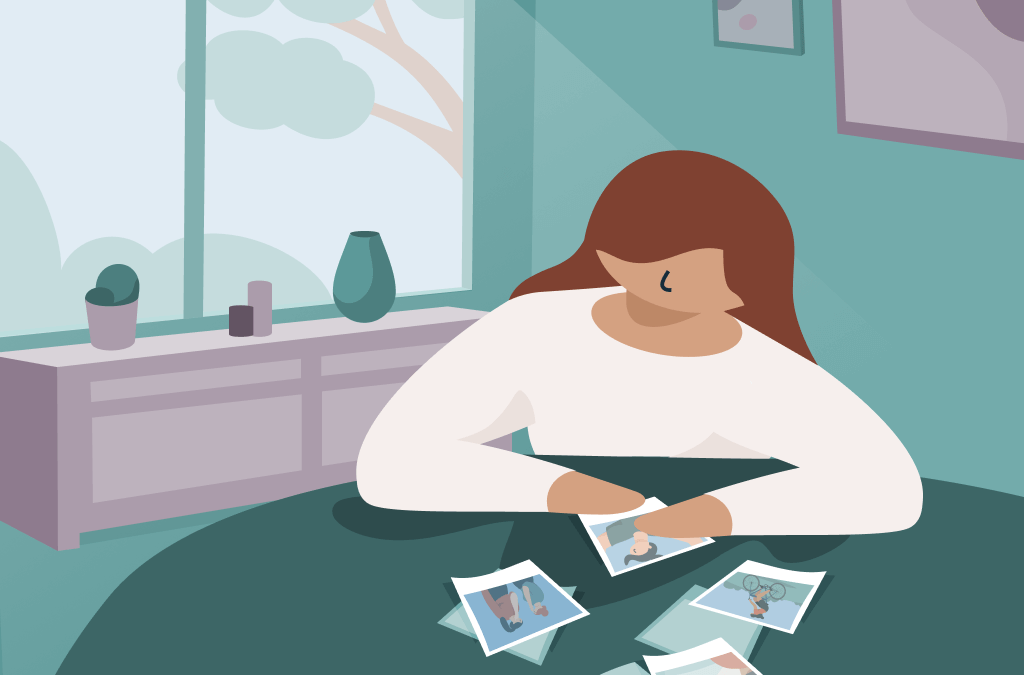 On Grieving and Saying Goodbye

Losses, separations, and goodbyes, though each unique, all share one thing—they are painful. They bring sadness. Sometimes they come with other feelings such as fear, confusion, anger, despair, or guilt. 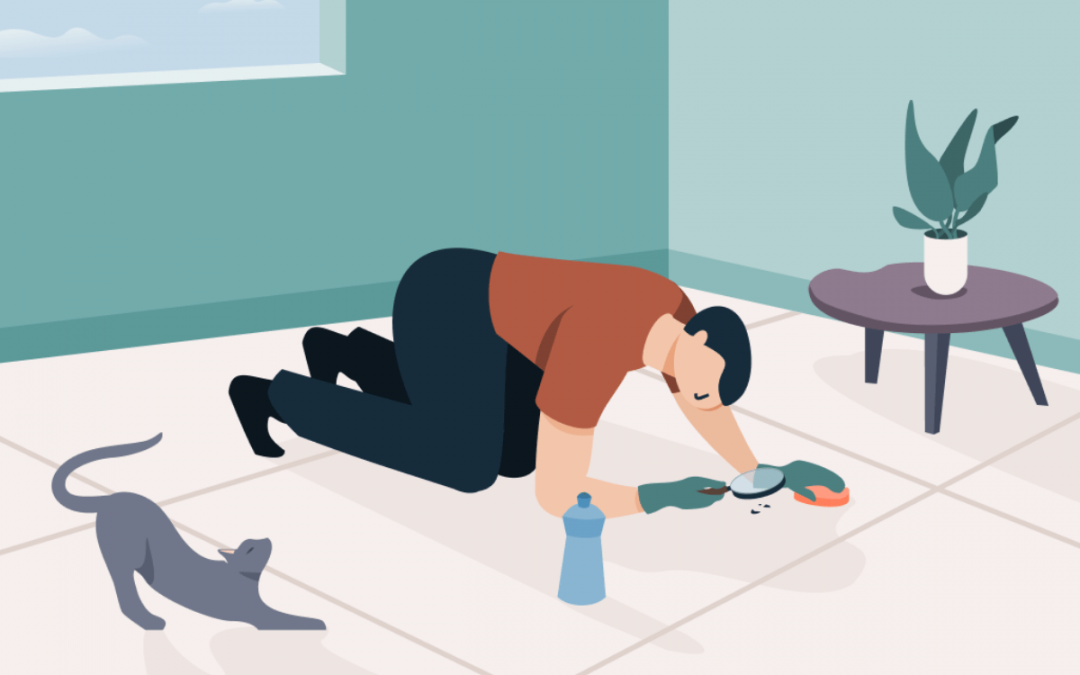 Many people set pretty high standards for themselves, whether at work, school, or home. Perfectionism can affect pretty much every area of life.

Download the MindDoc App to help you on your way to a better emotional wellbeing. 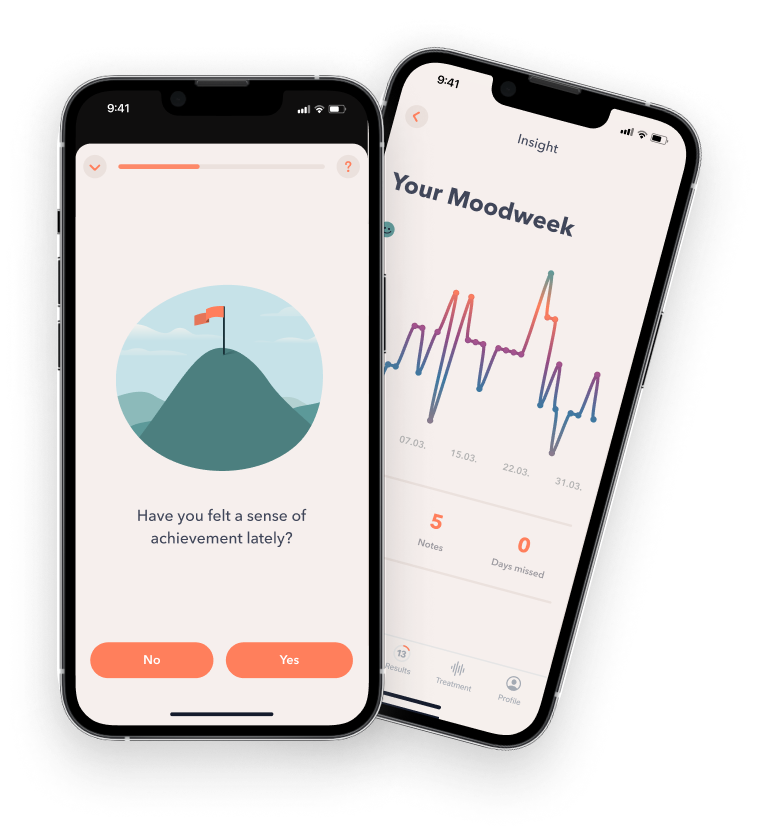